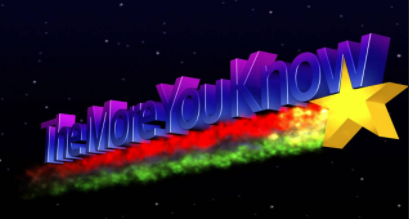 When someone busts out an article on “Pirates in Popular Culture,” there’s usually some mention of Peter Pan, and Treasure Island, and Talk Like a Pirate Day. Now of course, Jack Sparrow and Black Sails will probably make an appearance.

This post isn’t about any of the above. It’s about the weird factoids that I’ve come across when writing Pirates of the Caribbean that have struck me as cocktail party fodder. As it turns out, the Age of Sail and the Golden Age of Pirates are a trove of trivia.

The expression “Above Board”

We want people to deal “above board” with us, meaning honestly and fairly. But where’s the expression from? Pirates.

Turns out, the boards in question are the deck of a ship. Pirates would stash their armed troops below the deck when nearing a target so that they could look legitimate long enough to get into attack range. Someone who has all their men “above board” is not a scalawag bent on robbing you.

Scurvy was a serious problem if you were planning an ocean voyage. I should draw the distinction between a full-on trans-Atlantic voyage and just cruising up and down the coasts as pirates frequently did. Sailors had to pack a lot more carefully for one than the other.  Fresh fruit is easy to come by in the tropics, but it doesn’t store so great for long trips across the Pond. One of the key exceptions to this was a fruit that packed vitamin C, preserved well, and grew in Caribbean soil: the lime.

Part of the British Royal Navy’s daily rations to keep the sailors’ teeth in their heads was a shot of grog — rum with lime juice. And so, the slang for a Royal Navy sailor became “limey,” and the phrase eventually evolved to mean a Brit of any stripe.

What the snot “Avast!” means

I always chalked this one up as some kind of pirate battle cry. People repeat the word saying “Avast, me hearties” or some variant thereof when they dress up as a pirate for Halloween. For years, that was about as far as my Talk Like a Pirate education went.

“Avast!” means, “stop whatever you’re doing.” So if a pirate jumps onto your deck and yells it while pointing a pistol at you, in context it would probably mean “stop trying to escape,” or “stop fighting back or I’ll gut you like a tuna.” The phrase “belay that” is similar, but is more of a general order and doesn’t sound nearly as violent.

The best wood for ship parts

To no one’s surprise, English oak was the go-to standard for masts and planks. It’s durable. To a lesser extent, ash wood made an appearance, too. Oak forests were a strategic resource in the Age of Sail, and capturing or destroying a warship was a serious financial blow. All that said, there’s a lesser-known wood that is kind of interesting.

The tree it comes from is called lignum vitae, or guayacan. It’s a Caribbean wood that is much denser than oak — it doesn’t even float in water. You wouldn’t want to make a ship out of it, but it is very strong, and oozes a little sap so it’s self-lubricating. That made it ideal for an axle for the ship’s wheel or the apparatus leading down to the rudder. For its strength and resilience, lignum vitae is classified as one of several trees called “ironwood.”

Why do we citizens of the U.S. still measure our impulses in foot-pounds rather than joules? Why do we put up with inches and miles instead of centimeters and kilometers? Because of pirates.

Okay, slight exaggeration. The U.S. has had several good chances to convert, and it’s always refused. But there’s an amusing story about Thomas Jefferson, noted Francophile and Secretary of State in 1793. He wanted the U.S. to adopt a standard of weights and measures since some states still used Dutch systems, others English, and so forth.

So the French government sent a nerd (um… gentleman scientist) named Joseph Dombey with a few carefully constructed official weights to the U.S. He was going to do some lobbying and persuading, and the U.S. might have gone metric.

Except it didn’t. A storm came up. Dombey’s ship got blown into the Caribbean. And they got robbed by pirates. The weights and measures were auctioned off with the rest of the booty.

So the next time you eat a Quarter Pounder instead of a Royale with Cheese, blame a pirate.