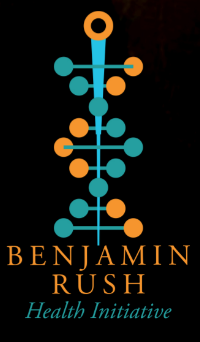 A stimweb is an electronic device with two purposes. The first is to induce an electrical field into a living body through the use of acupuncture needles. This stimulates the flow of qi in the body. The second purpose is to provide biofeedback to the user so that they can learn how to alter their qi flow in real time.

The first stimweb was invented by Dr. Jessica Ulan when she was an undergraduate at the Johns Hopkins University. The daughter of an acupuncturist and a nanite biotechnician, Dr. Ulan sought to bridge the two fields. Over the past two decades, the base design of her stimweb has been altered many times, and modern biomedical engineers have customized them in countless ways. However, all stimwebs consist of a power source, field adjustment controls, and conductive strands that terminate in needles (the “web”).

In traditional Chinese culture, qi (pronounced “chee”) is a flow of unseen energy. The theory went something like this. All living things had this energy flowing within them, and there were other manifestations of it in non-living parts of the natural world as well. For example, the “wind and water lines,” or feng shui, were lines of energy that crossed the Earth, similar to how lines of energy called “meridians” flow through human beings. The flow of qi through meridians could be adjusted through breathing, blood flow, acupressure, and acupuncture. However, most of the traditional literature was non-scientific in nature.

The invention of the stimweb forever changed the way we see qi. By enhancing the biofeedback process, a stimweb user could, essentially, detect qi with their sense of touch. Dr. Ulan found that not only did the discredited energy fields exist, they could be used to produce changes in the body, such as speeding healing and immune response. But the needles had to go into the doctor as well as the patient!

Can qi be harnessed without a stimweb?

Yes, but not as effectively. One of the key revelations Dr. Ulan discovered was that traditional acupuncture was stimulating many points on the body counterproductively. Without the biofeedback loop, practitioners were flying blind. While they could provoke an immune response, they could not cause blood to clot or tissue to repair itself. Similarly, meditating monks in Japan were able to raise their body temperature through concentration — but not to the point where they could ignite a match. Martial artists could generate enough force to knock someone down using the superior biomechanics of a “one-inch punch,” but they could not sterilize a scalpel with a touch — until now!

A skilled stimweb user can generate qi energy within their body without the web, but it is akin to doing complex mathematical equations without being able to write them down. Indeed, qi practitioners call specific effects “functions,” because they must calculate how much energy to allot to get the results they want. The presence of a web allows them to stabilize the qi function, so it can be sustained for periods longer than a few seconds. Without the presence of needles, qi functions are even harder to generate.

The Federation of Atomic Scientists have declared that qi is a “previously difficult-to-detect energetic phenomenon,” and not a fifth fundamental force akin to gravity, electromagnetism, or weak and strong nuclear forces. There is no evidence that animism or belief in a deity enhances the effects of qi manipulation. Furthermore, there is no evidence that ancient civilizations knew anything more about qi science than we do in the modern day.

The nickname of “biomancer” for qi practitioners is due to their demonstrable skill in a complex field. As Dr. Ulan put it, “Calling your basketball team the Washington Wizards doesn’t mean they can put a curse on your enemies.”

What is the difference between active qi and passive qi?

While the invention of the stimweb dates back only to this century, qi theory holds that the energy has been used unconsciously by plants and animals as far back as the earliest microscopic life. There is a sharp difference between this qi, known as passive qi, and qi that has been refined and concentrated by a conscious mind using a stimweb: active qi.

A question we often hear is, “is active qi more powerful than passive qi?” We are still researching this question! Does it use more energy for a human to heal a bullet wound with active qi, or for a whale to heal a harpoon wound using passive qi? And is the former example really an “unnatural process” compared to the second example’s “natural process?” How do the two differ, really? It will probably take us lifetimes of study to answer these questions.

Are there limitations to the generation of qi?

The primary rule of qi generation is that the effectiveness of its energy diminishes with the square of the distance from the center. For this reason, most visible effects are within the practitioner’s own body, or are transferred by skin-to-target contact. Shooting “beams of qi” out of one’s hands, as the movies portray, makes for fun entertainment, but it is the opposite of reality.

As for whether qi can make you healthier, help you live longer, or burn fat — these are all possible. But we wouldn’t be responsible citizens if we didn’t warn you about the cottage industry of qi-related fraud. Warning signs include:

Are there different types of qi like in traditional Chinese medicine?

Traditional acupuncture theory, or “five-phase theory,” says that there are twelve standard qi meridians in the body. They correspond to certain important organs, so there is a stomach qi system, a heart qi system, liver, kidney, pericardium, and others. These are governed by five traditional elements (wood, metal, fire, water, and earth).

The relevance of these theories is contentiously debated in modern qi science. Some experiments turn up results that reinforce five-phase theory, and some discredit certain traditional hypotheses.

At the moment, there is no one unified field theory of qi that explains all evidence. Some scientists use the metaphor of the wave-particle theory of light to explain the discrepancies between Western and Eastern medicine. What we know for certain is that light can be observed acting like a wave, and it can also be observed acting like a particle. Both observations are accurate, and to understand light, you must accept both as being “true” simultaneously. Qi effects require a holistic approach for proper results.

The biofeedback of a stimweb identifies two key kinds of qi : positive and negative, or yang and yin. At the beginning of biofeedback training, these two energies are the easiest to perceive and manipulate.

Yang qi is associated with positive energy, tissue repair, metabolic activity, cell division and multiplication, and gamete (sex cell) production. The feeling of generating yang qi has been likened to standing in the sun; a subtle generation of warmth.

Yin qi is associated with negative energy, immune response such as macrophage and cytotoxic T-cell production, ultrasound vibration, electrical impulse, lymph, and bile. The feeling of generating yin qi has been likened to moving from a sunbeam into the shade; a subtle feeling of cold. Because of this, Dr. Ulan titled her first book on qi science Shady Side of the Universe.

Both types of energy are attracted to one another, similar to positive and negative poles in electromagnetism. Both types of energy can be produced in instantaneous “pushes” by a stimulated practitioner. To create an effect that lasts more than a second or so, yang and yin qi must be balanced with each other. A stimweb user must also use their biofeedback to tell them where the energy creation point is along three-dimensional axes.

As the practitioner grows in skill, he can use the natural balancing properties of each energy to stabilize his functions. These are known as yang-within-yin and yin-within-yang energy, allowing for more tailored effects.

Are there negative side effects to qi manipulation?

Yes. We would no more recommend qi experimentation than we would recommend rifling through a drug cabinet and swallowing whatever pills look pretty. The generation of energy within the body is best reserved for doctors, biomedical engineers, and other trained professionals.

Side effects of generating qi functions within the body can include:

What investment potential do qi-related companies have?

It is an exciting time in the field of qi-related research! The human body can be altered in many ways by qi applications, and as the S&P 500 shows, creating and distributing applications can be quite lucrative. Here are just a few fields that show promise:

Where can I find out more about qi applications?