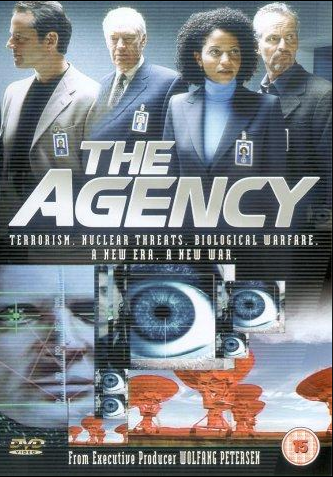 In 2002, there were three prominent shows about the CIA airing on American television. Two of them, Fox’s “Alias” and ABC’s “24,” lived long, happy lives and their full runs are available for binge-watching on DVD.

My wife Jennifer and I worked for CBS Television on the other one.

The show’s creator, Michael Frost Beckner, imagined the show as “the anti-Mission Impossible,” a drama about the real lives of agents. They would act for the good of the country, taking out terrorists, informing politicians, and spying on rival nations, all while rarely being in the same room as one another. The pilot (first episode), was set to air September 13th, 2001. It was about some little-known group called Al-Qaeda, who blow up a shopping mall in London.

As you can imagine, on September 10th, 2001, the network executives decided that might be a little dicey, and so episode 6, which was about preventing the assassination of Fidel Castro, aired instead.

By the time the second season rolled around, the “anti-Mission Impossible” vision had morphed into “1/3 Law and Order, 1/3 CSI, and 1/3 Mission Impossible.” The writers from the first season, including the show’s creator, were all fired. We were part of the replacements for season two, which got moved from Thursday to a Saturday night time slot.

We wrote one script that retained much of our work, “The Great Game.” A second episode, “First Born,” was heavily rewritten. A third, “An Isolated Incident,” got us a “Story By” credit. There were some good episodes in the season, but sadly, not enough, and down the ship went. We met some interesting people on the show (technical consultants for a CIA show are always a trip to talk to), and have some good memories. However, I’m not going to lie and say all the memories are pleasant ones.

The two-hour pilot made it to DVD. The rest of the series has not, but the Internet is full of resourceful entertainment junkies. Googling “The Agency TV series online” will bring you to places like 123Hulu where you can watch the episodes.