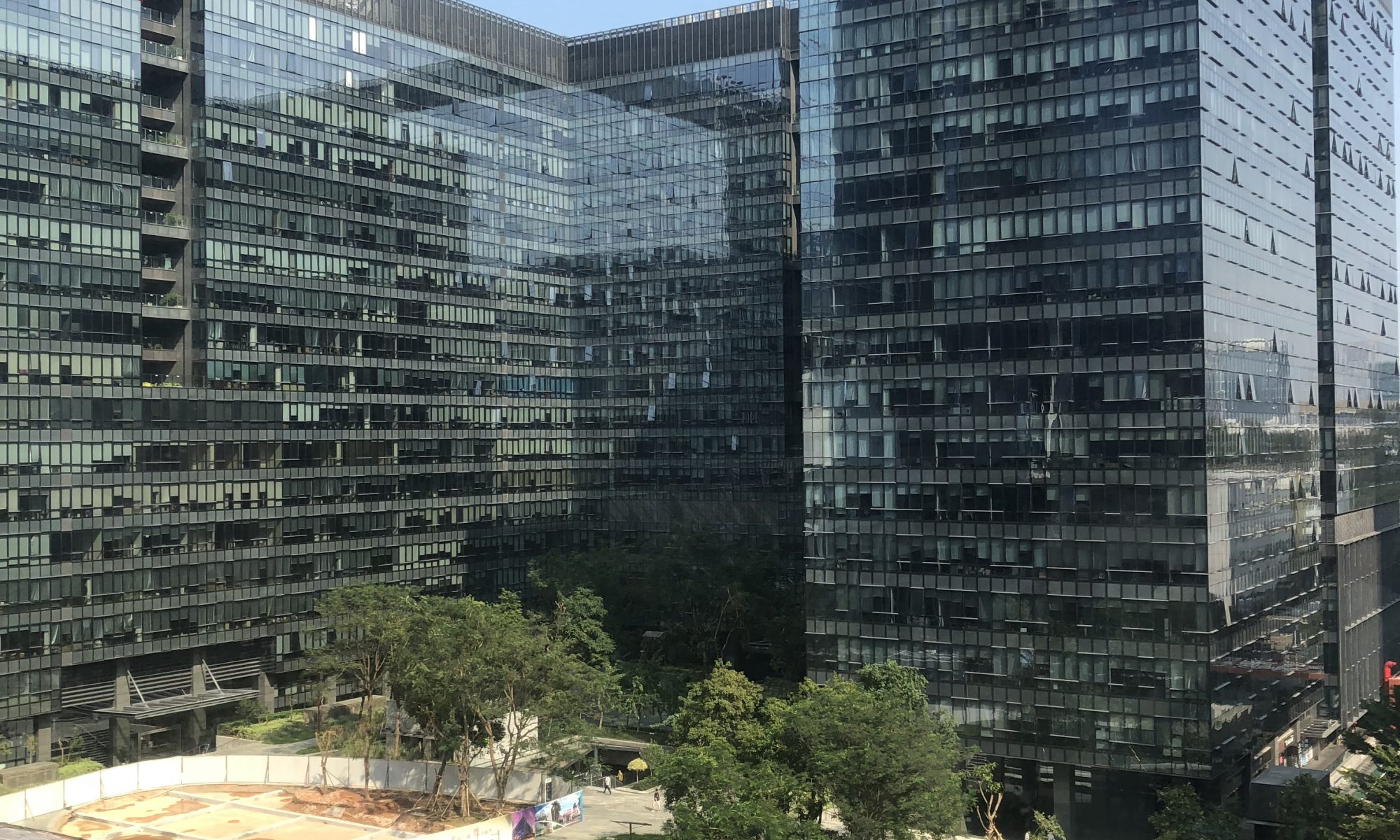 I don’t get a lot of fan mail, but I did get one particular fan recently who had some very nice compliments about the Mass Effect trilogy. The fan then asked for advice on how to break into the video game industry. I wrote back a long letter, because 1) I write better than I talk, and 2) getting a new job in the industry has been at the forefront of my mind for the last two months. In today’s blog post, I’ll go over what I’ve got.

A disclaimer — I’m not exactly a big wheel as game writers go. But I have worked in video games for 15 years now, so I’ve done some things right. Possibly the most valuable thing about what I say is that I don’t subscribe to Dogbert’s famous advice from 1995. I’ve seen some writers that do, telling the new fish to “never let them change your vision,” and other gems that will, more often than not, get you fired or labeled difficult. There’s also the old saw of “keep trying, keep applying, follow your dreams,” which is very true, but it’s sort of like telling a football player to “go out there and play hard.” It’s not really a game plan worthy of the name.

My points are mostly common sense, but sometimes it’s good to reiterate the basics. Professionals may want tips more advanced than these, but the world is full of amateurs.

So Here’s the Advice…

The key thing about getting a foot in the door in the entertainment industry in general is that you should aim to be the strongest candidate possible for the job. Ideally, not only can you charm the person interviewing you, the interviewer can point at your resume/CV and give an argument so the manager in charge of hiring will say “Yeah, hiring this person makes a lot of sense.” That means you tick off a lot of boxes. In no particular order, the boxes include:

1) Your Writing Sample(s)
The rubber meets the road here. Prove that you’d be good at writing the game they’re hiring for, which is not necessarily the same thing as their last game. Demonstrate your skill in writing narrative, dialogue, ten thousand variants on barks saying “He’s over there!”, all that stuff.

I can’t teach this all here, but my wife Jennifer Hepler wrote a book called “The Game Narrative Toolbox,” and there’s lots of screenwriting manuals out there to help practice structure, text, subtext, themes, and other literary goodness. You should be able to point at your work and when the writers on staff ask, “why did you make the decisions you did?” your answer will not be, “um, I felt like it.”

Also note that when writing this sample, you should study and imitate the target game’s structure, because there are probably many good reasons why they built the levels the way they did. Your overall impression of a game as “talky” or “terse” may not be accurate. It could have an actual word count that’s a lot larger or smaller than you think. Get out a piece of paper and write down when the characters talk, for how many lines, and how often other characters speak. You should have hard answers to these questions, or else the writers on staff will say, “Eh, it’s not in our voice.”

I see this pop up in many different ways. Dave Gaider (lead writer on Dragon Age 1 & 2) used to say “I can’t recommend that you get a job in the way I got a job, because that way no longer exists.” There isn’t one path into writing video games, but many. This box should be checked with “yes, I’ve spent a lot of time trying to make stuff like yours work for an audience.”

Generally, you’re going to be competing with people who have experience in video games or in closely related fields. Bioware hired people who used to be:

* Video game writers who worked elsewhere in the industry
* Playwrights with an ear for dialogue and what actors want in a role
* Screenwriters with produced films, TV episodes, or short indie films
* Writers who professionally reviewed games for game industry publications or websites, so they had a great knowledge of the competition
* (less often) Writers with comic book or novel credits.
* (less often) Modders who know the games inside and out.

If you have no experience in any of these yet, you may want to decorate your web page with samples that show you can write for interactive media using free writing engines like Twine or Inkle.

Winning awards for any of this work is, of course, a nice feather in the cap. Recent work is better than old work. Shipped games or products are better than ones that never came to fruition. And similar work beats extrapolation. For example, Chris L’Etoile, a Bioware writer who wrote the Aliens homage level with rachni in Mass Effect 1, is now, to no one’s surprise, working on an Aliens game for Cold Iron Studios. There’s a pretty high percentage chance that someone there had played his previous work and knew he could do the job because he proved he’s done it before.

Sometimes, extra bits in your bio can help out, like lived experiences. For example, knowing some of the history of martial arts (specifically a Chinese martial art that I practiced at the time) helped me win over some of the Jade Empire writing staff in an interview. I go over a little of this in my GDC talk on writer research skills (not really a shameless plug, ’cause it’s available free).

This helps in a myriad of ways. Sometimes a writer will be perfectly good, but they just don’t “get” what the company is looking for. If Bioware says, “Okay, write a scene with Morrigan, the swamp witch,” and the writer has never played Dragon Age, they might make Morrigan’s lines sound like a screeching harridan, referencing her green skin and the wart on her nose. Those writers who have played Dragon Age will know her voice, and have her sound sultry and evil and use the word “’tis” when appropriate. Note that there are more video games in the world than there are hours in the day, so pick a subgenre and aim there. Knowing all of one particular company’s games when you’re targeting that company is, of course, a plus. Knowing some of their competition doesn’t hurt either — for example, if you think Mass Effect and Bioware RPGs are awesome, it’s also good to come into an interview being able to talk about Obsidian’s games, Bethesda’s, or CD Projekt Red’s.

4) Having No Warning Signs

There were a few people on the Bioware forums who knew the games backwards and forwards, and made 4-hour videos saying that the most critically successful Mass Effect game that won over millions of fans (ME2) actually sucked. The posters then exhaustively went over how they’d fix them, and stated Bioware should hire them to make amends for their terrible mess.

Those people are never going to get hired.

Interviewers want to see people with some ideas for improvement, yes, and confidence in their abilities, but they also want team players, not someone who thinks they’re king of the video game universe. It is not possible to write a game the size of Mass Effect alone. I mean, you could literally write it yourself over the course of six years or so, but not on a company’s dime. Levels in AAA games are written simultaneously by other writers for the sake of speed, because time is money, and a big team full of world-class game devs are waiting for the writers to be done to start their work. That’s a lot of man-hours and that means millions of dollars of money. So the writers, editors, combat designers, testing staff, everybody needs to know when to speak up and when to shut up. What would you rather have if you’re making games for a living: a game that ships and is 80% good, or 80% of a perfect game that never ships?

Sometimes the people at the top will think everything they do is genius… but they usually are able to win arguments because they have years of experience and shipped titles under their belt.

Conversely, while keeping your head down is often helpful, you do need to actually do what Marines call “covering your own damn sector.” No one wants someone who can’t make a decision on their own, otherwise why’d they hire extra manpower if it’s not speeding up the team’s progress?

This is a useful factor, but it doesn’t outweigh the others. Generally, even if your Person On The Inside makes a recommendation, at a big company, five or six people are going to have to sign off on the decision, and that decision is part of their job performance. At smaller companies, it works better. All that said, big companies have big Rolodexes, and it is sometimes nice to have your resume go to the top of the pile if the pile is 100 people thick. It helps to have the people in the hiring meeting be able to say “Oh, I know who that person is, they’re not a serial killer.”

Often, if you have no contacts to start with, meeting company representatives at conventions and such is how you get yourself visible. Don’t be a creep, bond over your shared love of video games at the booth, and don’t step on the gas too hard.

“Crap,” you say, “with COVID-19, nobody’s going to conventions any more.” That’s right. Like Dave said a few paragraphs back, the way I got my first big video game job no longer exists.

6) Be Willing to Relocate

This matters a little less in the age of COVID, but a good 50% of companies still want someone they can supervise just by walking down a hall, and they think things will be back to normal soon. In my part of the world, things are emphatically not going to be normal for a while, but there are game companies scattered all over the world, so you never know. You could be in North Carolina for Red Storm, speaking French with Gameloft Montreal, visiting Seasun’s offices in Shenzhen (that’s the photo at the top of the post), or anywhere else on the globe. Game development is sometimes an adventure.

If you think it’s easy to get there, you’re probably not thinking clearly. There are a lot of video game writers out there, all clamoring for work, and your journey may take years. If that doesn’t scare you, then good hunting, and godspeed.