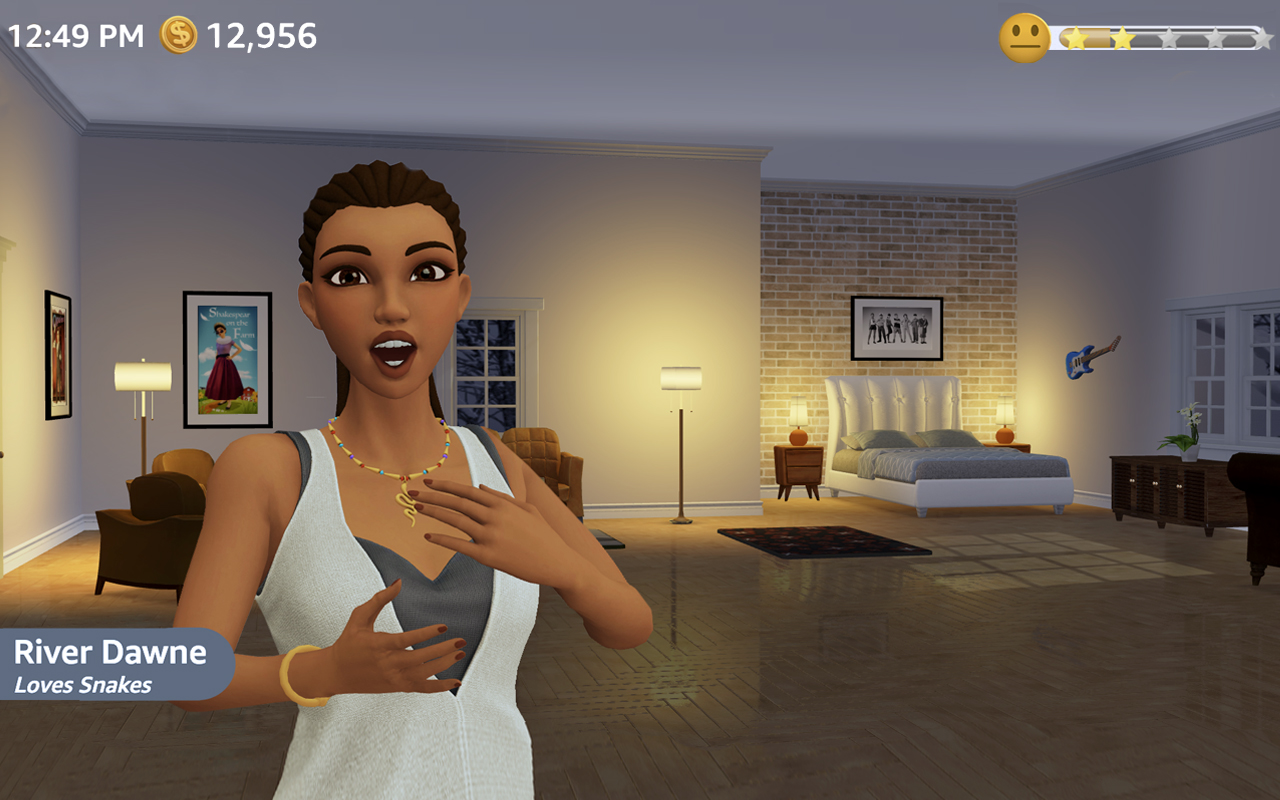 “Um, do you have room for one adult, one locking trash can, and about forty-one Tupperwares that need to stay warm?”

The short version: as of today, Amazon Game Studios is launching My Loft, a little voice-controlled game for the Amazon Echo. I served as lead writer on the project, heading up a team of three other writers. I believe it’s rated E-10, meaning E for Everyone over 10 years old.

You are the owner of a loft you rent out. You use the money to decorate the loft to increase its comfort, coolness, and weirdness ratings, and you interact with the guests to raise their happiness scores. More happiness equals more money you can spend on tricking out your loft. The gameplay happens in real time, so you can check in once or twice a day and not have a big time commitment to it.

The fun part is that it’s a comedy game, so when you say, “Alexa, check on my guest,” sometimes what comes out of their mouth is freakin’ hilarious.

There’s about 28 guests total, ranging from drag queens to venomous snake enthusiasts to boy detectives to Zen masters to Masivo the Human Wall. (Trust me, you’ll know who he is when you meet him.) There’s also a certain guest who only shows up if you play the game after midnight, and references to holidays if you’re playing on that particular day.

It’s not a super-slick AAA production, nor did I have complete creative control. But it was a great dose of laughter in my life during the first dark days of the pandemic, and I’ll always be thankful for that. After the writers’ contracts ended, we stepped back and let the design team do their thing, so there are still many surprises for me when I play. I seriously haven’t seen this thing in about six months.

To play it, tell your Echo, “Alexa, launch My Loft.” You can’t say “play My Loft,” because then Alexa will think you’re trying to play music. It’s “launch.” Make sure you’ve updated to the most recent Echo operating system or Alexa will say “the game is not supported.” It works on Fire 6.5.4.2.. The Echo sometimes says it’s done updating after a few minutes, when in fact it takes about two hours to process everything.

Hope you enjoy it… and forgive the tutorial character not being the most fascinating dude on the planet. He means well, and if I recall, he comes in handy when you run afoul of the absinthe smugglers.

My Loft is in the Alexa Skills store here.